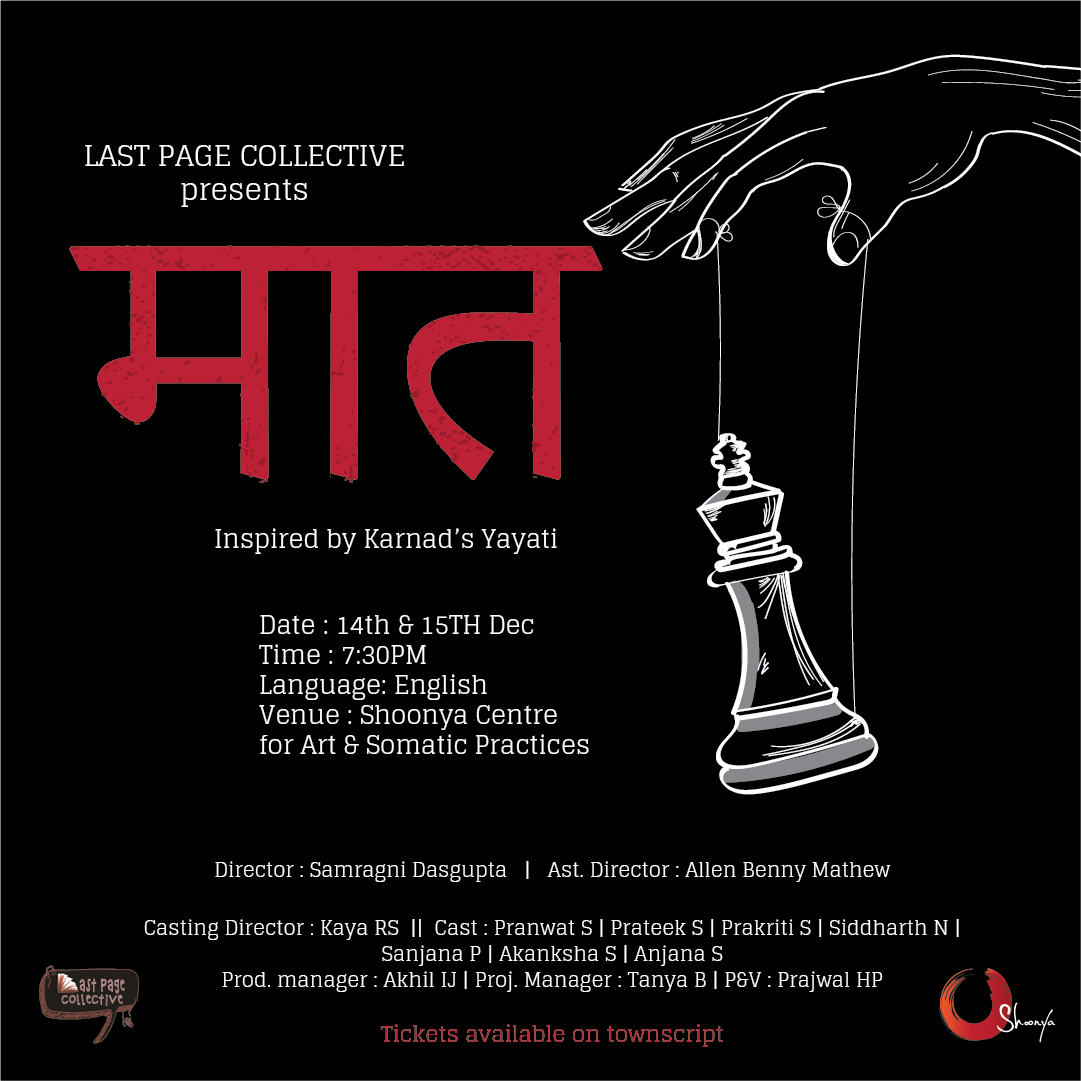 Maat is a play that has been inspired by Girish Karnad’s Yayati. The play revolves around the idea of exploring the characters we know beyond the pages of the script. The characters converse with the Creator, who is none other than the Sutradhara. It begins with a dream, and slowly we delve into the subconscious of the characters themselves.

Imagine if King Yayati became the neighbourhood flirt, or if Sharmishtha was in love, but not with her King. What if Devayani sounded like a child deprived of her favourite ice-cream, and Chitralekha, the girl in class who you aspire to be friends with, but she’s just too cool for you. Imagine Swarnalata with attitude, and Puru as the perfect boy-next-door. What if, they came to life beyond Karnad’s imagination. What. If.

Come watch Maat and find out “what if”!

The play has been derived using the actor’s own need to discuss beyond what is given to them on the pages of the play.

We are introduced to Yayati, Chitralekha, Pooru, Swarnalatha, Sharmishta and Devyani as individual characters beyond the confines of the play.

This will debut on the 14th and 15th of December at Shoonya Centre for Arts and Somatic Practices.

Last Page Collective is a group of young artists who came together to create a platform that allows the youth of Bangalore to express themselves, uninhibitedly. The idea to create this collective began with a simple frustration that all the youth of Bangalore have faced at one point or the other, the lack of public space to express themselves. A single sentence created the starting point of this journey, “Macha what are we even doing with our lives? We don’t even have a proper space to perform. How can we even call ourselves artists?” That sentence took shape and has resulted in the creation of a community run by youngsters, called Last Page Collective.