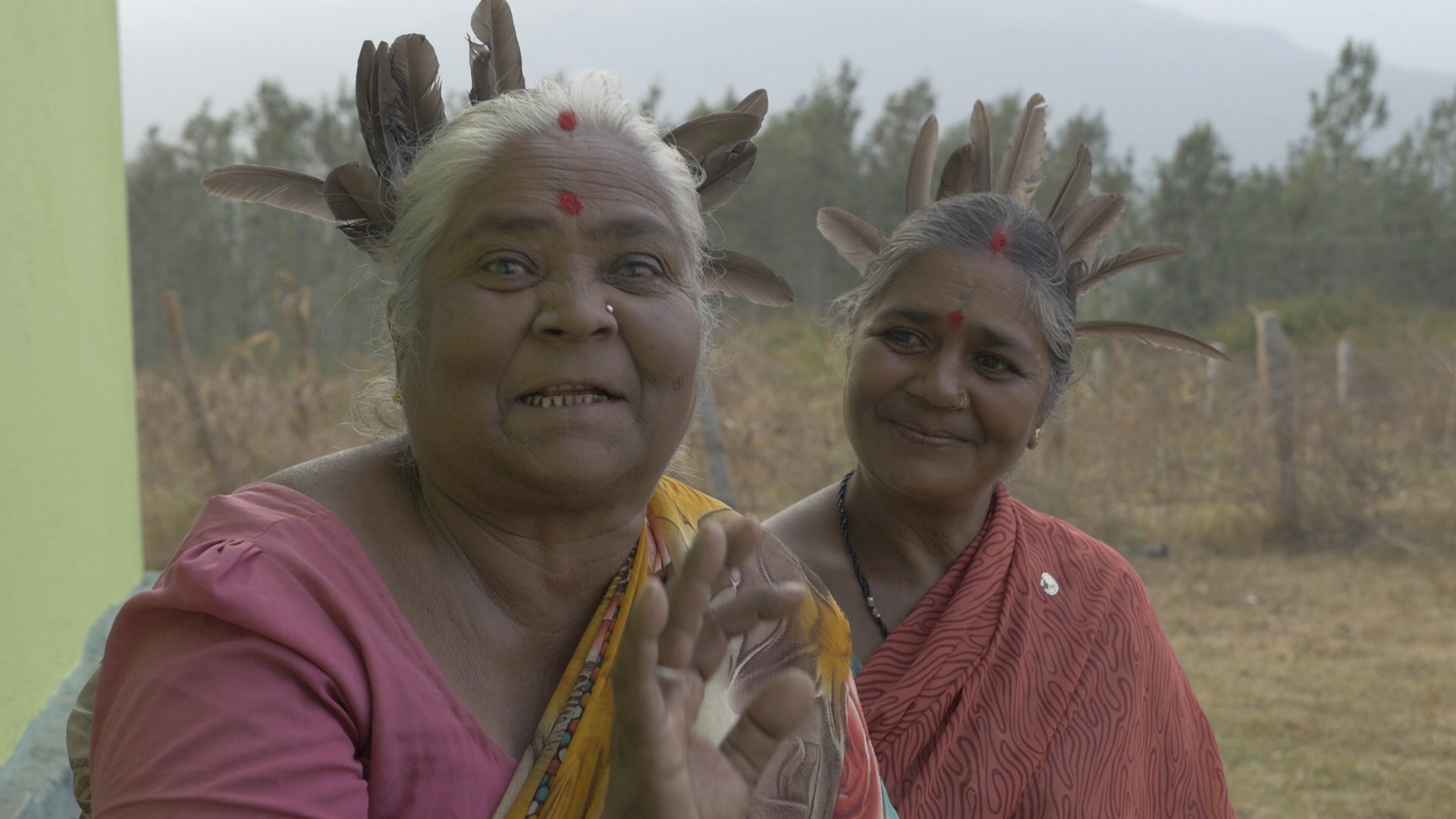 Join us for a free screening of the film Sikkidre Shikari, Eldidre Bhikari (Bird trapper or Beggar) by Vinod Raja

The Hakki Pikkis are a free spirited nomadic tribe who began their journey many generations ago in the North Western part of the Indian subcontinent. Over time they traveled through and settled in different states of the country.

As they moved, they survived through trapping birds and hunting small game in the forests and selling them in cities and towns along with lucky charms and trinkets. If the trap failed, begging was the next best bet!

The film emerged through a series of community conversations held when we travelled with friends from a settlement in Bannerghatta, Bangalore to other settlements across Karnataka.

Exiled from the forest, reviled by the city, their traditional ways of life outlawed, the Hakki Pikkis share their stories of wit and survival.

Vinod graduated from the Film and Television Institute of India-FTII with a specialisation in cinematography 1984-85. As a director of photography, he filmed many advertisement commercials and Public awareness films on Environment, Rights of the Girl child, Save Water campaign, Health and Education, Disability, Physically challenged etc- shown on television channels and film festivals. As DOP he also photographed many documentary films shown on International Television channels and Film festivals.

“I have known the Hakki Pikki nomadic community and their settlement on the fringes of the Bannerghatta national park through an activist friend Madhu Bhushan who has been associated with them since the last three decades. In the late 80’s I remember visiting the settlement with another friend and staying back in the colony for two days.

In 2008 Madhu approached me with an idea to document some stories narrated by the community elders, on their transition from their wanderings to the enforced settlement in the colony. The oral histories of their experiences acquired great significance particularly in the context of their struggle to retain the lands that were granted to them by the Govt in 1962.

Even after more than fifty years, none of them had received the title deeds for the land!

Meanwhile the adjacent area was declared a national park further restricting their movements. The city grew rapidly to engulf the spaces around the national park. The local land mafia started gunning for their lands and many feuds erupted in the colony as some outsiders managed to break in and settle there .

A well known industrialist too had attempted to negotiate with the community and acquire their lands. In July 2008 I spent three days in the colony and filmed the elders including Madamma from the Iruliga tribe who were among the first settlers in the colony. I moved away to complete my work with the other Nomadic communities from central and north west India.

I was a very reluctant starter to this project because I felt the Hakki Pikki’s were too loud, verbose and challenging for me to film! In 2014 I felt like revisiting them and asked Madhu if she still had those tapes, luckily she did !

We edited the material into a 20 minutes film that interested many friends who came on board to support us for a larger film traversing many such colonies across Karnataka. Joined by the Hakki Pikkis from Bannerghatta we journeyed across the state filming their stories of survival with great wit and humour.

It was quite amazing for me to discover some unique skills they possess and most importantly I made friends with a community that I stayed away from for so many years, we worked together and completed a film!”

Vinod Raja – Director, Producer
Fragrance of the first rain, The Bee, the Bear and the Kuruba, Mahua Memoirs, Vanishing Trails.

Madhu Bhushan – Writer, Producer
Fragrance of the first rain, The Bee, The Bear and the Kuruba, Mahua memoirs, Vanishing trails.