Directed and Performed by Kafeel Jafri

Dastangoi is an ancient Urdu storytelling form. It was one of the most popular form of folk entertainment in Indian subcontinent till late 19th Century. It was revived during mid – late 2000s. Dastan-e-Ameer Hamza is one of the most popular stories that is told in this form. In these stories, Ameer hamza’s friend Amar Aiyaar (Amar, the trickster) along with his other Aiyaar friends, fight the magicians of Afraasiyab, the villain, in a world of fantasies and magic, Tilism-e-hoshruba. Though the main characters of the stories are Arab, Indian Dastangos made them quite Indian using the local languages, anecdotes and characters. Each Dastan is an episode of one or more of these fights, with its own unique narrative, tricks and literature. Kafeel Jafri will be presenting one such episode from Tilism-e-hoshruba, “Dastan Mahtab Jadu ki.

Kafeel Jafri is a Bangalore based theatre artist, poet and translator. He has done close to 50 shows of various plays across Bangalore. Born and brought up in Lucknow, Kafeel Imbibed the Urdu language and culture from his elder and from literary gatherings – Mehfils and Mushairas. He has conceptualized and performed shows along with other artists on Life and works of Faiz, Ghalib and Manto. Dastangoi, a mix of poetry and prose narrating a magical world was a natural calling for him since it’s an art form standing at a crossroads of performance and literature, the knowledge and experience of both is a must to be a dastango. 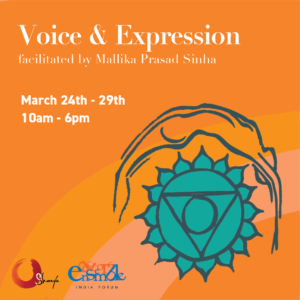